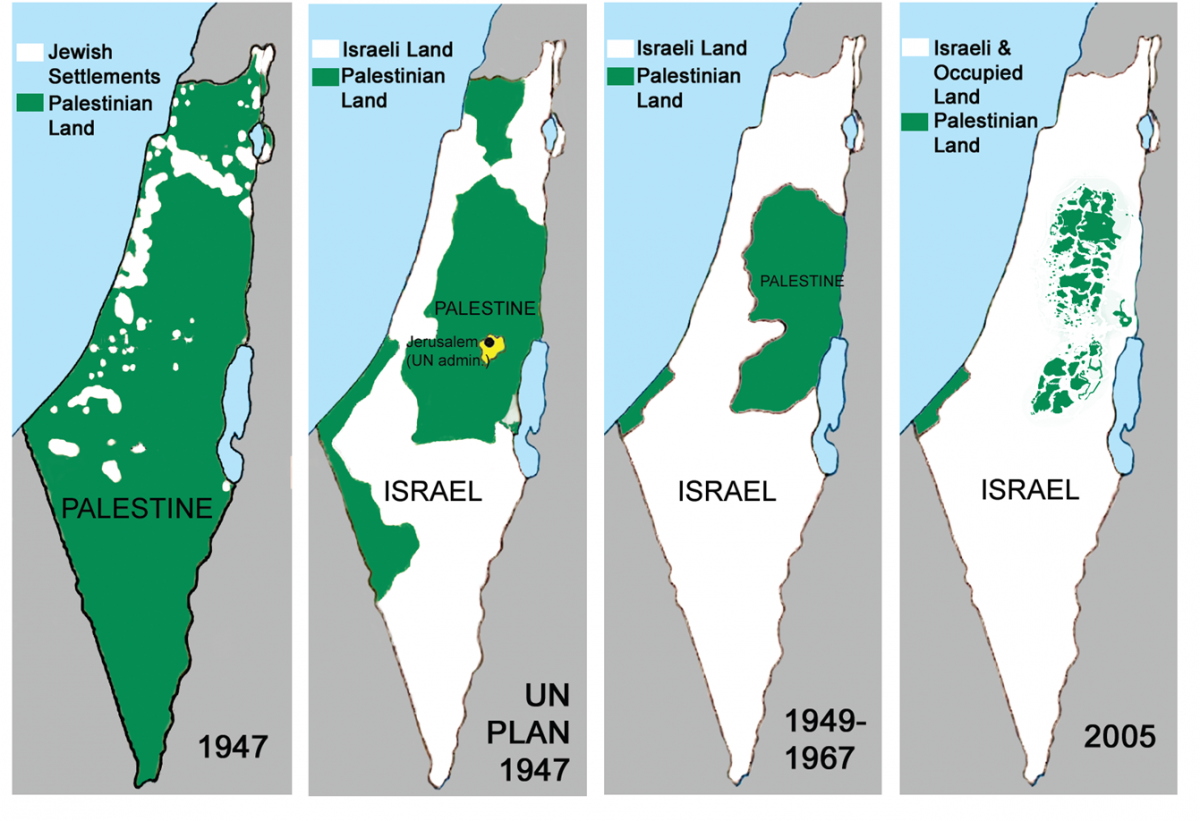 It was 1947. All around the world, Indigenous peoples living in regions long colonized and controlled by the empires of distant West-European states were rising up against their colonizers, claiming the national independence that the recently formed United Nations had promised them.

In India, the strength of the sub-continent’s two nationalist movements forced the British colonial rulers to hasten an already-promised decolonization. That handover occurred in mid-August 1947. It brought into being two separate states, India and Pakistan, and was accompanied by terrible massacres and forced migrations. But at least the British, under whose rule several millions had died of starvation as recently as 1943, were finally out.

The years that followed 1947 would see scores of other nations and peoples around the world achieve liberation and national independence. And then, there was Palestine.

1947 would bring a very different fate for that territory’s 1.8 million people, two-thirds of whom were Indigenous Palestinian Arabs and one-third residents of the Jewish colony-building project that the Zionist leaders had pursued there over preceding decades.

Palestine, like India, had been under British control for many years. During the often-brutal “Mandate” rule it exercised over Palestine after WW-1, Britain greatly aided the Zionist colonization plan. But in 1947, the British metropole was still reeling from the devastating effects of the most recent World War, and nearly bankrupt from the high costs of fighting it.

In 1947, when London wanted to get India off its hands, it handed it to the local nationalists. Palestine, it handed to the United Nations.

END_OF_DOCUMENT_TOKEN_TO_BE_REPLACED

In Globalities, the veteran international-affairs analyst and former long-time columnist for The Christian Science Monitor and Al-Hayat (London) Helena Cobban looks at big-picture issues of global power and the global balance in light of work she has done since 1975 to understand and analyze the world system.